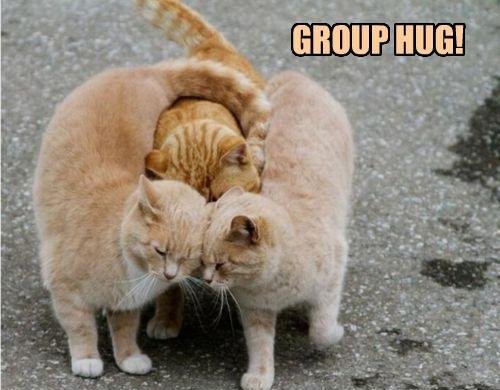 If I did this right, I will have hit publish on this blog post when I’m at 99,999 tweets and IFTTT will have automatically pushed out a tweet announcing that I’ve written this post.

My 100,000th tweet shouldn’t be a particularly big deal, but I have a thing about round numbers. Thus, I’ve been thinking about what to do at the moment I hit 100K. And, worrying. Because I also have generalized anxiety and high expectations of myself. So, yeah, Dan…

Earlier this week, this happened:

I love that. I’ve engaged with Jen on Twitter for a number of years, and we’ve only met once, face-to-face, for a few minutes at a conference. Yet, she knew about my first date with my wife. We’ve had many conversations, both in the public timeline and via direct messages. I know Jen pretty well, and I think she knows me. I’ve watched her beautiful children grow up and she mine. I have Twitter to thank for that.

And there are many other reasons why I’m thankful for Twitter and my Twitter network. Over 8 years ago, I wrote about how I’d come to know many amazing educators on Twitter who I wanted to teach my own child1. Only one of the people I mentioned in that post have disappeared from my network.

I’m not keen to singling out people or instances as I’m sure I’ll leave some out I should mention. But, off the top of my head, Twitter had a part to play in VCU getting to hire the great Tressie McMillan Cottom, The university I work for is a better place because of Twitter.

LOL So do, I @jonbecker! And the world should know that this all started with a tweet from you…

Twitter is also the first place I “met” Tom Woodward even though we lived in the same city. We subsequently got to know each other professionally at face-to-face events, but we cultivated a professional relationship on Twitter. Then, 3 years ago, when I got my current job, Tom was the first person I recruited to join our team. Again, the university I work for is a better place because of Twitter.

I first met Laura Gogia face-to-face when she was a reasonably new Ph.D. student. I encouraged her to apply to be a doctoral fellow in the teaching center at VCU2. When I got the opportunity to join her as a colleague and supervisor3, she wasn’t a big Twitter user. I like to believe I encouraged her to become more engaged on Twitter, and she sure did. Eventually, I had the magical opportunity to be Laura’s dissertation advisor and to watch and support her as she did some amazing and ground breaking research that was to some extent about the affordances of social media for Connected Learning. It’s an incredible piece of work that deserves a bigger audience. Thus, I firmly believe that the scholarship of teaching and learning is better because of Twitter.

When I taught a course on Educational Technology for School Leaders, I argued to my students that Twitter is at least 4 things for me:((yes, yes, I know, Google Sites… I didn’t know any better at the time))

Recently, Lee Skallerup Bessette, another great Twitter friend of mine, wrote about how Twitter changed her life.

Seeing the real connections that have been made over the social media platform, started there and nurtured elsewhere, or even continuing on over 140 characters, it reminds me why I can’t quit Twitter. I still have too many friends, people I legitimately care about, who live all over the world, with whom my primary contact with them is through Twitter. People I never would have met without Twitter. It is still where I can learn a lot about a lot; I have long argued I was custom-built for the Twitter firehose, so it is the best way for me to learn.

Twitter has made me a better person because it has afforded me the opportunity to come to know some truly wonderful people. Thank you Twitter, and thank you Twitter friends. Here’s to the next 100,000 tweets4.