[NOTE: You may have read my son’s guest post on here where he ranked the MCU movies. My now 11 year-old son and I saw the new Power Rangers movie today, and he decided he wanted to write a review. He felt especially eager to write the review since, like one of the Power Rangers, he is on the autism spectrum. So, I offered to have him write the post on here. Without further ado, here’s Drew…] 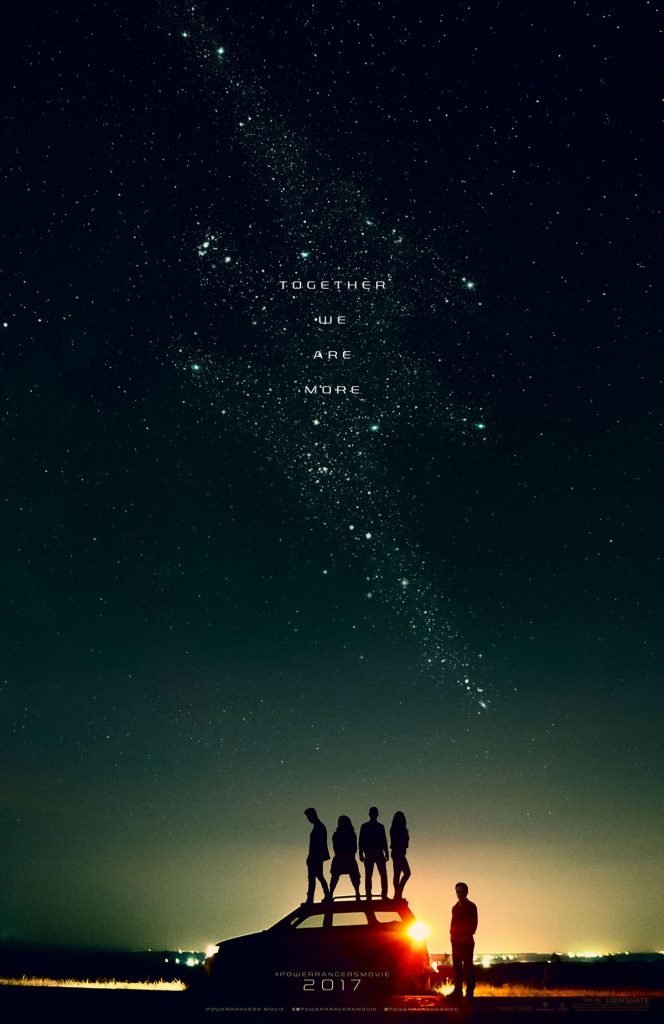 I saw the Power Rangers movie today. Bottom line: it was scary. Like, don’t-go-in-with-anyone-under-15-scary. Well, maybe not literally, but still, it was scary. From seeing Rita rise from nothing but a skeleton and 65 million years of pond scum, to the ancient Power Rangers wither away under her power, to Jason’s hallucination of Rita with a zombie army to the fact that Rita’s persona is that of a deeply insane serial killer, something about the movie was just… let’s put it this way: up until they brought out the Zords, it felt more like a horror movie than a superhero movie.

But, with that little rant out of the way, let’s get to what I did like about the movie. There were two moments that really changed what I thought about this movie. One was when I saw the first poster. It was 5 Rangers sitting on top of the oh-so-important van and looking at a constellation in the shape of the Power Rangers logo. Inside it are the words “TOGETHER WE ARE MORE.” That’s when I realized that it was going to be a bona fide superhero movie, not the TMNT-meets-Pokemon kiddie cartoon we’ve come to expect. (Not that there’s anything wrong with TMNT. Or Pokemon.)

The second was when I went to the movie’s Wikipedia page and read that it was the first blockbuster superhero movie to feature LGBT and autistic (autism is the “spectrum” that Billy is on) superheroes. That really made me happy because I’m autistic. And, before now, I hadn’t seen any movies where any character is specifically stated to be autistic. And Billy did seem like an autistic person to me. I find it hard to get jokes sometimes and the look on his face when he found out that (SPOILER ALERT!) the geo crystal is hidden under Krispy Kreme is so… me.

All-in-all, I was really impressed with the inclusiveness of the movie. But, it was SCARY.

So, for now, remember: never use your powers for personal gain, never reveal your identity, and never do whatever the other thing is!

[UPDATE: Also, I wanted to mention that in the beginning the movie says “Earth: Cenozoic Era.” But, a pteranodon is seeen in the background and pteranodons lived in the Mesozoic Era. And, the Black and Yellow Ranger’s Zords are based on animals that lived millions of years after the animals that the Red, Blue, and Pink Rangers’s Zords are based on.]