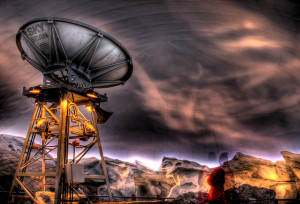 Ever since VCU’s Center for Teaching Excellence became the Academic Learning Transformation Lab (ALT Lab), a persistent opportunity has been to let the VCU community know what ALT Lab is and does. Getting that challenge out is complicated on a number of levels, and there are days I just want to shout “Follow us on Twitter and read our blog and join our Diigo group and, and, and…After all, our tagline is ‘Connected learning for a networked world!'” But, most of the time, that’s hardly appropriate or sufficient. We do lots of face-to-face messaging, too. Shortly after the transition from CTE to ALT Lab, we held an open house party of sorts. We’ve been to the last few instances of New Faculty Orientation at VCU to introduce ourselves to new faculty and staff. We hold our own New Faculty Academy at the beginning of every year. A couple of our team members (mostly Molly and Enoch) attend Faculty Club every month to network and get the word out. I’ve asked for time (5 minutes, even) on agendas of department faculty meetings to introduce myself and ALT Lab. We have three liaisons assigned to various units around the university. We have a website (which isn’t up to our standards, but that’s not terrible relative to our peers). We tweet. We blog…

And, yet, it’s never enough. VCU is a massive institution and the academic mission is carried out across mainly two somewhat separate campuses. Furthermore, a lot of what we try to do is fairly cutting edge and pretty foreign to most within the VCU community. But, those are just excuses; we can and will do better to communicate to the VCU community1 about who we are and what we do. That’s the opportunity and figuring out how to do better is one of my big goals for the Spring 2016 semester.

One thing I hope to do more of, but that I wasn’t able to do last semester (because surgery), is to get out and meet faculty and staff where they are. I have to be more shameless and extroverted in my attempts to get on agendas of faculty meetings. I need to attend more university-wide functions and “schmooze” more. In doing that, I’ll need to get better at my elevator pitch about ALT Lab. Lately, I’ve been saying that ALT Lab is about helping faculty members create awesome learning experiences for students. Period. Full Stop. That seems to be resonating, so I’ll stick with it for now.2

So, I’ll be out “pounding the pavement” more this semester. That seems apropos in a presidential election year.

Additionally, one new (to us) form of digital communication that I’ve been thinking about a lot is the newsletter. For lots of reasons, I’m not going to do the old-fashioned print newsletter. And, though I originally started down this path, I’m not sure I want to produce another MailChimp newsletter. I’ve checked out TinyLetter (which I know is owned by MailChimp) and I’ve been inspired by people like Caitlin Dewey and Laura Olin. I feel pretty confident I could find a workable platform for an eNewsletter.

The big problem with eNewsletters is figuring out who to send it to. You could use multiple avenues to invite people to subscribe and hope you build up a decent subscription base that way. Alternatively, we have built up a pretty sizable database of names and email addresses of VCU faculty and staff who have engaged with us in one way or another. When people register for faculty development sessions, for example, we keep that information in a database. But, to this point, I’ve been hesitant to use that database as a mailing list because those people didn’t ask for us to send them anything when they registered. Lately, I’ve been leaning more towards using that database and making the unsubscribe option clear and easy. We’ll see…

In addition to our newsletter, I’m thinking of ways to amp up our social media presence. We have an ALT Lab Twitter account, but until recently, it was only announcing new posts on our blog. Last week, I added Diigo to the mix. We have a fairly active, public Diigo group where we share articles of interest with others in the group. Now, whenever someone in the group bookmarks something in our Diigo group, it will be automatically (through the magic of IFTTT) broadcast via the ALT Lab Twitter account. But, I’ve long moaned about Twitter as broadcast-only, and nobody is really acting as the wizard behind the @VCUALTLab curtain. Implementing a good Twitter strategy is hard.

At the end of the day, whether it’s a newsletter, or a blog, or a Twitter account, or whatever… you need content. So, last week, at our first full ALT Lab team meeting of 2016, I did something I didn’t want to do. I told everyone that I expected at least one blog post per week. Until now, there was a general expectation that if you work for ALT Lab, you share your work publicly in some way. I asked team members to blog and/or tweet as they feel moved to do so. Doing so is even built into our annual performance plans. Unfortunately, the truth is that there was much unevenness, and a lack of content to share. Lots of interesting ideas, projects, musings were communicated within ALT Lab, but not beyond that. I told the ALT Lab team that we need to communicate who ALT Lab is and what we do and the best way to do that was to document what we do. I framed it very explicitly as documentation; public/open documentation. If the team members produce the content/documentation, I will make it all sing. It’s my job as the Director to find the best ways to promote and share the good work that the team does, and if they give me good content, I can make that happen.

So, to the VCU community, I’d say, look for me out and about on campus. Watch us on our blog, on Twitter, and in Diigo. And, as soon as I get the newsletter thing figured out, I hope you’ll subscribe to that, too. Finally, if you have additional ideas/ways for me to communicate who ALT Lab is and what we do, I’m all ears!

3 thoughts on “The communications conundrum”